A rollercoaster ride of emotions from isolation and fear, to optimism, acceptance and everything in between, the Musical’s new perspective on the life of the Wicked Witch of the West – aka Elphaba – is a triumphant celebration of friendship and staying true to your heart. Not only does the immersive story, based on Gregory Maguire’s best-selling novel (itself a reimagination of L Frank Baum’s original book) deliver plenty of laughs, but there’s many lessons to be learned in Glinda and Elphaba’s relationship, too. So come and see this fantastic story unfold at the Gershwin Theatre!

It goes without saying that when an actor has multiple opportunities to get a take right, they may not be putting in as much effort as an actor who has rehearsed for months to get it spot on the very first time. It’s only at the theater you can really appreciate the stage performer’s dedication to their show, because you know that every ounce of their energy is being put into their character. There’s a reason why accomplished theatre actors are considered a cut above the rest. They have to perform every scene perfectly, every single time. So if you want to come and watch stunning theater, visit the Gershwin Theatre in New York City for one of their upcoming shows! 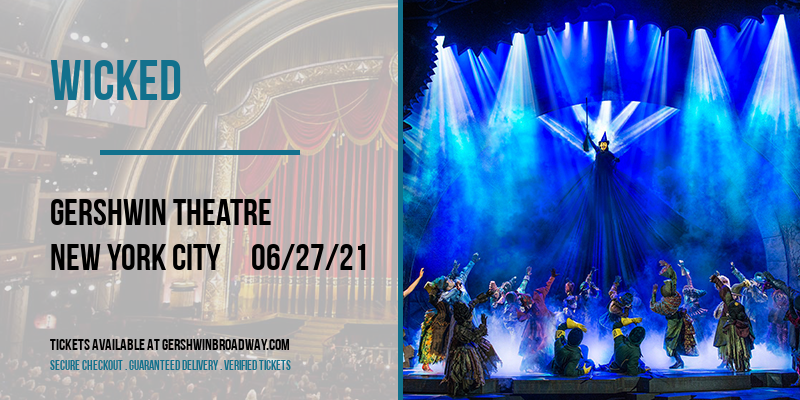