The first Broadway production premiered at the Gershwin Theatre in October 2003. Since then, WICKED on broadway has won over 100 major international awards. These include three Tony Awards, a Grammy Award and six Drama Desk Awards in the US, two Oliver Awards in the UK and six Helpmann Awards in Australia. After having been engaged throughout the Gala Premiere, we can say with certainty that those awards were surely deserved. So come and see what everyone is talking about at the stunning Gershwin Theatre in New York City.

The infectious electricity of the audience, that’s what makes theater so amazing. And because of that, no two performances of musicals are ever the same. Of course, the score will be the same and the story won’t change, but every time you watch a performance, you’ll see it differently. That’s the gift of live shows. Not to mention the fact that you can see multiple actors play the same role during a run. If this sounds like something you want to see, then come to the Gershwin Theatre in New York City to see any of their stunning shows available. 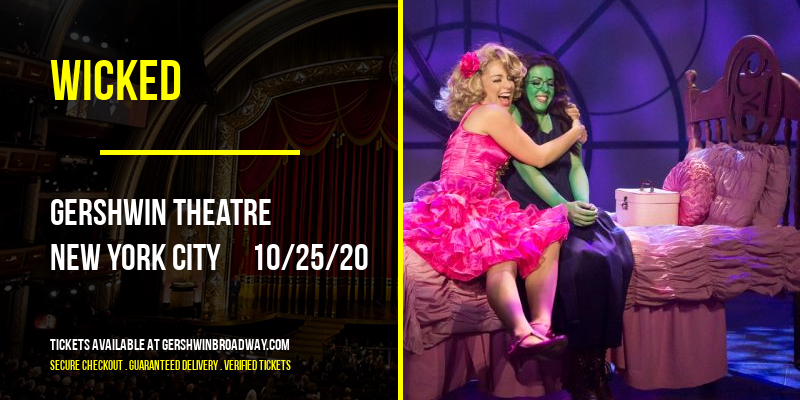